Up until now, the social distancing has been an ad hoc, emergent new custom. As of tonight it's official - the county announced a "shelter-in-place" order, effective tonight. The quarantine is here for real.

My (former) team had a nice little social check-in via video conference. Jerome, Luis, Michael, Michael, Kurt, and me.

I started taking my temperature in the evening (under the tongue) to get a baseline, assuming almost all of us will get sick eventually.

Oakland is in all but lockdown as "social distancing" has become the norm more-or-less overnight. Everything is cancelled. School is closed. Work is closed. The Vietnamese restaurant around the corner, Monster Pho, has sensibly converted to "to-go only." The financial markets have tanked, and it's easy to imagine that things will get much worse before they get better. On the other hand, it's almost nice to be able to stay home and do nothing while experiencing a complete freedom from FOMO. Everyone is at home.

These days remind me of the days before a hurricane, when everything is still quiet but people have begun to prep, stockpiling supplies and boarding up windows in the calm before the storm. Unfortunately in this case, getting together with all your friends to hole up indoors and consume a lot of alcohol while the storm rages outside is ... contra-indicated. This hurricane party will have to be conducted by video-conference.

Similarly, meeting up with friends has the feel of of a spy movie, where braving contact is an act of resistance, lest the enemy detect our collaboration. The enemy is hidden like spies or radiation, but unfortunately here too we'd better use the phone.

An enjoyable, lazy Saturday: Andrea had a "coffee release" party at her house in Alameda - she and two friends have been scheming to start a boutique coffee business called Tetrahedron Coffee. Tetrahedron because it's made up of four friends? Along with the coffee we enjoyed home-made bread and cheese, and then wine in the garden. I <3 Alameda.

In the evening, dinner at Greta sushi and a peek into the new Issues location, back on Piedmont avenue. And some blogging. (I want to resume blogging at

nibot_lab but I can't find the password...) Booked a hotel for a fancy party we're going to at Lake Tahoe in a few weeks.

Meanwhile, it's fire season again, and there's a huge fire at Geyserville, and mandatory evacuations up there.

Are you on Twitter? It has some of the nice properties that Livejournal did - namely that you can find strangers with similar interests and cultivate a little ad hoc online community. My username over there is of course @nibot.

My promotion was successful! Now I'm "level 6" and supposed to manage groups and stuff. More to say but I guess I shouldn't write it here.

I applied for promotion again at work, to "level 6" (I'm a "hardware engineer" despite software being my primary output). The committee met on Thursday to decide promo cases at our company and I expect to hear the result this week, probably on Wednesday. I feel like I have a good shot at it. 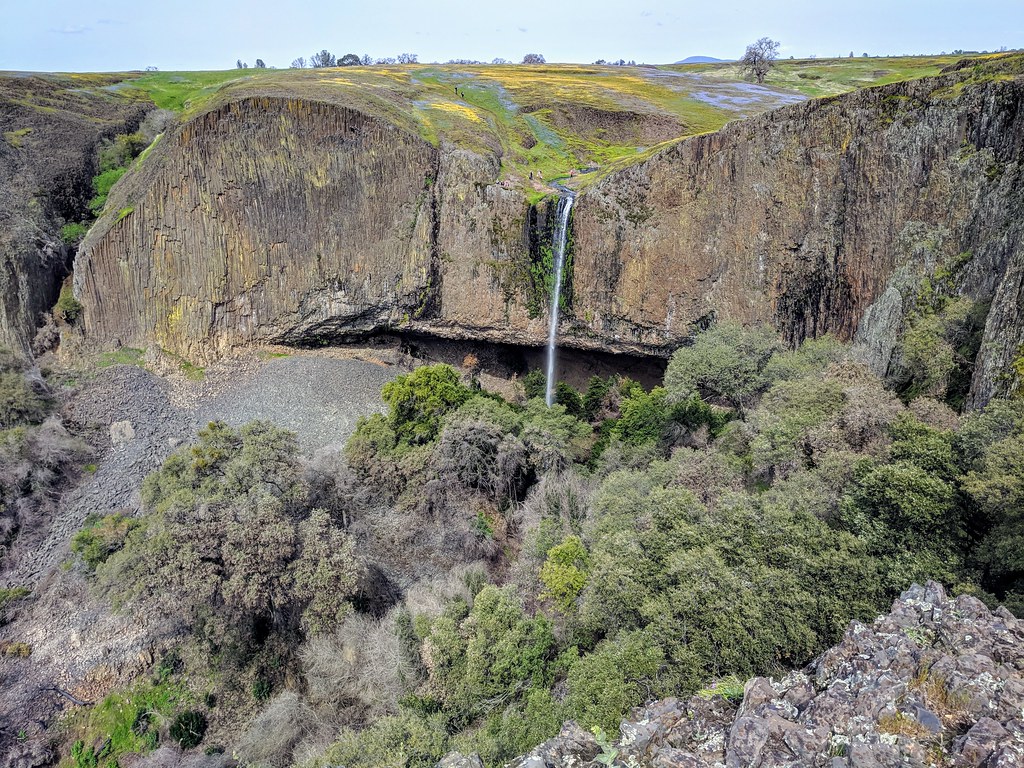 Weekend daytrip adventure: "Table Mountain" is an old lava flow near Chico CA that became a volcanic mesa after the surrounding land eroded away. In the springtime the tabletop collects enough rainwater to supply a bunch of small streams and waterfalls, making the place into kind of a backyard-scale Iceland.

"Remember what you have seen, because everything forgotten returns to the circling winds."

I am in orbit.

I'm an engineer at a company that designs, builds, and tests airborne wind turbines -- flying contraptions that generate clean energy. In an earlier life, I worked on gravitational wave detectors, including LIGO, leading to the first detection of gravitational waves -- disturbances from colliding black holes, a billion light years away from earth.

Everything should be made as simple as possible, but not simpler.

Why I’m on Couchsurfing
HOW I PARTICIPATE IN COUCHSURFING

Couchsurfing in Yosemite national park on a trans-California hitchhiking adventure. Driving across the U.S., couchsurfing every night: in rural Virginia, in Memphis, on a queer commune in rural Tennessee, in Baton rouge, in New Orleans, in snowy Santa Fe and Alamogordo and desert Tucson. Hosting couchsurfers visiting Louisiana and Hannover has been just as delightful. Couchsurfing adds magic to any journey.

One Amazing Thing I’ve Done
Hiked up Mt. Sinai by starlight during the Perseid meteor shower,
worked in Alaska for a summer. One of the best summers ever!

I live in one of the more colorful neighborhoods of Hannover, Linden-Nord, a Stadtteil that's full of students and immigrants. My apartment is just two blocks away from Limmerstrasse, the main street (with trams, bicycles, and pedestrians, but no cars) through the neighborhood, full of cheap good restaurants and cafes and a continuous traffic of life. My place is also just a block away from a big park and the river Leine, and is walking distance to the university.

I have a small dog (you can just make her out in the couch photo!) who will be very excited to meet you.

I started working on my glider rating when I moved to Germany, what 2011 or so, hoping to finish in one summer season. Well here we are seven-ish years later.

Hoping to solo tomorrow and knock out the last three of the required ten solo flights before the checkride. Even more so, hoping to solo in the Schweizer 1-26, a single-seater.

Tempted to make a trip out to Marfa TX, where Burt Compton offers free glider checkrides in the winter months.
Collapse